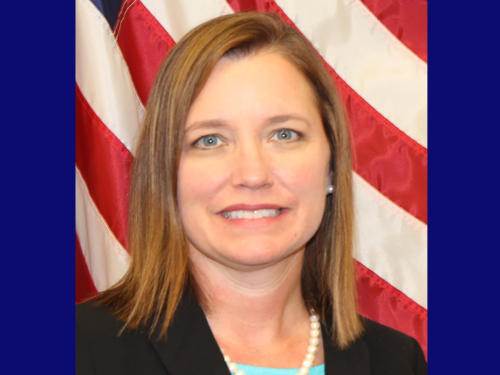 With decades of experience as a prosecutor and First Deputy under then-Attorney General Shapiro, Michelle Henry will be prepared on day one to lead and continue ensuring the safety of the Commonwealth.

“I’m proud to nominate my former First Deputy Michelle Henry to serve out the remainder of my term as Attorney General,” said Governor Josh Shapiro. “As an experienced prosecutor and a talented leader, Michelle has spent decades in public service pursuing justice for victims, protecting consumers’ rights, and fighting for people in every corner of Pennsylvania. I have complete confidence in her ability to represent the Commonwealth, and I look forward to continuing to work together to ensure the people of Pennsylvania can be safe and feel safe in their communities.”

“The work Governor Shapiro did in the Office of Attorney General is the gold standard in restoring institutional integrity,” said Acting Attorney General Michelle Henry. “I am humbled by the trust Governor Shapiro has placed in me and Pennsylvanians should expect the Office of Attorney General to stay strong, be bold, and continue to do groundbreaking work on their behalf under my stewardship. Public service is what drives the dedicated employees of this office to work hard and stand up for the kids, consumers, and victims of crime when they need a fighter on their side. As Attorney General, I will be dedicated to making sure this work continues nonstop and that this office will always have Pennsylvanian’s backs.”

Widely recognized for her work ethic and singular dedication to public service, Michelle rose from intern in the Westmoreland County District Attorney’s Office to now serve as the chief law enforcement officer for the Commonwealth.

She was raised in Westmoreland County, graduated from Greensburg-Salem public schools and remains a proud Golden Lion.

Her life and career have crisscrossed and impacted all of Pennsylvania.

She is a graduate of Allegheny College and the Widener University School of Law, worked for the Westmoreland County Legal Aid Office, and clerked for now retired Lancaster County President Judge Michael Georgelis.

Before serving as First Deputy Attorney General, Michelle dedicated over 20 years of her career to the Bucks County District Attorney’s Office – taking on critical jobs including Chief of Major Crimes, Chief of Child Abuse, and First Assistant.

She was appointed Bucks County District Attorney with a bipartisan vote in 2008.

In Bucks County, colleagues credited her for leading by example and being first in line for the toughest cases.

Michelle was admired as an excellent attorney who also pushed major initiatives – she was instrumental in helping start the county’s children’s advocacy center and took a leading role in educating junior prosecutors from across the Commonwealth.

As First Deputy Attorney General under former Attorney General Josh Shapiro, Ms. Henry was responsible for overseeing all of the Office’s legal matters, including criminal cases to seek justice for victims, civil suits representing the Commonwealth and public protection cases fighting for the rights of Pennsylvania consumers.

During her tenure as First Deputy, she was recognized for her tireless work safeguarding the Office’s mission to protect and serve Pennsylvanians as the legal advocate for the Commonwealth.

Chief among those honors was her admittance to the American College of Trial Lawyers, one of the premier legal associations in North America; and the receipt of Widener University Commonwealth Law School’s 2017 Excellence in Public Service Alumni Award for her “extraordinary contributions” to public service.