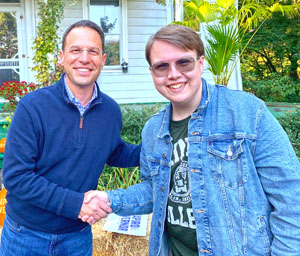 The end of Roe v. Wade is just the beginning for the extremists in the Republican party and the Supreme Court. They want to control who you marry, ignore gun violence, end environmental protections, gut public education, and pick our leaders, instead of counting your vote. There are NO moderate Republicans on this ballot.

Electing Josh Shapiro for Governor and Austin Davis for Lt Governor is our last line of defense to protect our reproductive rights. His Republican opponent is extremely dangerous: an election denier and seditionist who recruits white supremacists, he would ban abortion, no exceptions, and cancel your voter registration.

Electing John Fetterman for Senate and Ashley Ehasz to Congress will codify abortion rights into law and fight Republican attacks on our democracy. John’s opponent, a NJ millionaire, is a con man and a Trump supporter. Ashley’s opponent Brian Fitzpatrick is no moderate. He would restrict abortion and he voted against the Inflation Reduction Act.

Re-electing Steve Santarserio and John Galloway to the General Assembly will enable them to continue their work to benefit our community and oppose attempts by Republicans Legislators to restrict our voting rights and outlaw abortion.

The Republican attack on democracy in PA is intentional and well organized. They hope reasonable people like you aren’t paying attention so they can elect their extreme candidates.

Sign up to Vote by Mail NOW. Visit BucksVotes.org

Vote by mail or in person on November 8, make sure your family and friends know what’s at stake!

Vote for ALL the Democratic candidates that are working for the middle class and who will work to stop all anti democratic extremists.

WE NEED YOUR VOTE TO WIN THIS ELECTION

Unless you vote, the most dangerous and extreme will win control over our lives and governments.

(Editor’s Note: This editorial is paid for through advertising.)