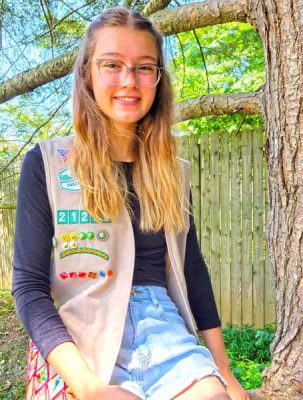 Kristina Trojak has accomplished quite a bit in a short time. The 17-year-old Churchville resident recently received a Gold award from the Girl Scouts.

She already had earned Eagle Scout status from Scouts BSA (formerly the Boy Scouts of America). Scouts BSA began including girls in 2019, and Kristina was among the first to join.

Despite being in the Girl Scouts since she was in kindergarten, Kristina actually got the Eagle Scout award first. Her project was to create winter structures for community cats.

“That was a little tricky to navigate because it was 2021 and the pandemic was still happening, but things were starting to open up,” Kristina said. “Winter can get pretty dangerous for community cats. If they don’t have shelter, they can’t protect themselves so I really wanted to get it done.”

She utilized a group of three families, including her own, to construct the shelters.

“They were big families so we had a lot of hands but we were still able to keep it contained because we were trying to limit COVID exposure,” she said. “We had a lot of fun putting them together.”

She earned the Gold award for writing a booklet about workplace discrimination against women.

“That was the worst timing,” she said. “You have to have your projects approved and I went to get mine approved in March, 2020.

“I remember coming home from getting the project approved and we stopped at Wegmans. The shelves were empty and the checkout lines were exceptionally long. Everyone was so panicked. It was right when the state shut down.

“My project got postponed, so I just got the award this past May.”

“I wanted it to be instruction for younger girls,” she said. “I wanted it to be inspiration for women and not forget what came before. I believe in preserving history so it was important to include the past and show how women overcame discrimination, but also to show that it still exists.

Since girls have only been admitted to Scouts BSA for a little over three years, earning the top honor in both scouting organizations is unique.

“As far as I’m aware, I’m the only one with both,” Kristina said.

She attended Council Rock South for her freshman year of high school before switching to an accelerated home school program. She earned her high school diploma a year early, and is now an online student at Arizona State. Her major is film and media production and she hopes to become a director.

“I love storytelling in general in every medium, but film is the most prominent,” she said. “I’d like to work as a director and a screenwriter and tell stories in different mediums.

Kristina went to London to receive her Pax Lodge pin for the Girl Scouts.

“There are different stations in different parts of the world,” she said. “We went to London to visit my sister, who is going to school there. The Pax Lodge is an amazing place. They have a pinning ceremony where they swear you in. It was an incredible experience connecting with so many people from another country.”

While in London, she had the opportunity to participate in workshops with the Royal Shakespeare Company.

“My personal favorite was the writing workshop,” she said. “I learned a lot. I was so fortunate to have the opportunity to work with these people who really dive deeply into Shakespeare’s work. It was very stimulating.”

Her time with the Girl Scouts will be coming to a close, as she turns 18 in November.

“It’s going to be very sad,” she said. “Most troops really thin out as everyone gets older, but the troop I’m in is still really full of girls and we’re still close. Aging out is going to be a mix of good and bad. The good is that I’ll be moving on to the next part of my life but the bad is that I’ll miss it.

“But I got my lifetime with the Girl Scouts so I will forever be a little intwined with them. I hope to still be involved in the organization and someday I would like to share it with my own kids, if they desire.” 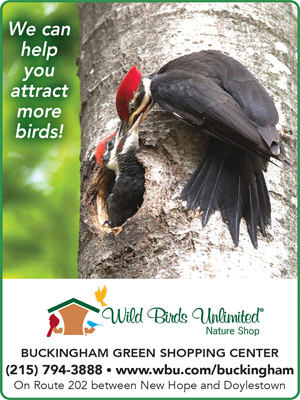