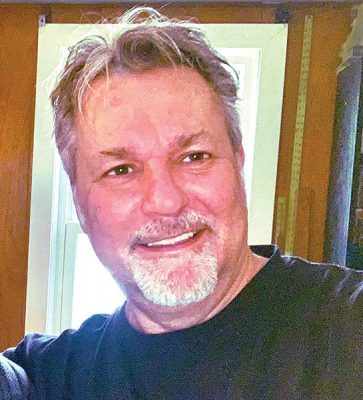 Jim Bongartz, the education director for the Artists of Yardley (AOY), has been awarded a month-long residency in Naples, Italy. During May 2023, Jim and one other artist will live in Amelia Bateman’s home, a palatial-looking apartment named “L’Appartamento Napoli.” Jim has traveled to Italy before, but never to the southern part of the country.

Jim is excited about where he’ll be living. His hostess describes it as a typical neighborhood, “where the rich and the poor live together.” Jim sees this as a boon for an artist.  “Naples is so layered. The juxtaposition of the old and the ancient to the modern, and living in the middle of all that layering, that’s going to be a lot to visually process.”

“I spent two years down the rabbit hole,” says Jim, describing the research he did to find this residency program. It didn’t require “too many hoops to jump through.” He submitted a written essay and samples of his work, which may be viewed on his website, jamesbongartz.com.

Jim’s favorite medium is acrylic paint on canvas. However, in consideration of the transportability of materials and the work he’ll produce in Naples and want to bring back home, Jim thinks he’ll return to the medium he first used as an artist – watercolor – as well as gouache, or opaque pigment, on paper. He’ll still use his method of starting with a photograph or series of photographs taken with his camera to begin the artistic process.

“Whatever I capture on the photograph – that drives the painting. It could be a landscape or a portrait. A lot of my paintings are narrative…as long as I tell a story somehow.”  Jim also explains that “it usually takes as much time to manipulate [an image]…digitally as it does to paint it,” and some of his works are derived from a triptych-like series of images.

When I ask him how this residency will benefit his students, Jim believes he will be modeling “the attitude that if you want to do it, go for it. I think that approach in people’s creative journeys and their approach to their art” is important.

A native Pittsburgher, Jim is greatly influenced by the work of Andy Warhol, who was “all about color, all about the graphic image.” Before joining AOY first as an instructor, he had completed a 30-year career in art education. Since joining AOY, the number of six-week classes has grown from 6 to 19 sessions running between September through May (AOY offers arts camps for children during the summer).  Jim continues to teach while fulfilling his duties as AOY’s education director. He and his husband, Kevin Mensch, have been residents of Morrisville for over 12 years.