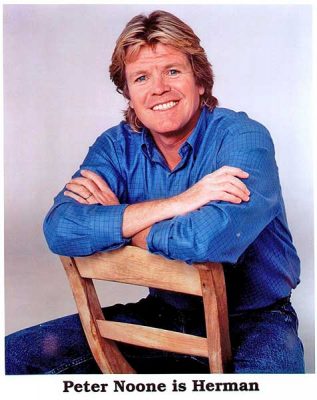 Legendary 60s pop band Herman’s Hermits, starring Peter Noone, bring classic hits including “I’m Into Something Good,” “Mrs. Brown, You’ve Got A Lovely Daughter,” and “There’s A Kind of Hush” to the stage at the William Penn Bank Summer Music Fest 2022. Herman’s Hermits sold over sixty million recordings. In all, 14 singles and seven albums went gold. The Hermits were twice named Cashbox’s “Entertainer of the Year.” Noone has a legion of faithful fans (known as “Noonatics”) whose loyalty is unparalleled

“We’re building on the success from last year’s William Penn Bank Summer Music Fest with bigger and more recognizable acts,” said Ken Kaissar, BRT’s Co-Producing Director. “We want these outdoor concerts to excite and invigorate the Bristol community. Our goal is to welcome more people to the big party in the park at the Bristol Township Amphitheater by making these shows as accessible as possible. It’s going to be a huge summer-long party, and everyone is invited!”

Tickets are available at brtstage.org or 215-785-0100. Alcohol will be available for purchase. No outside food or beverages. The concert is rain or shine.