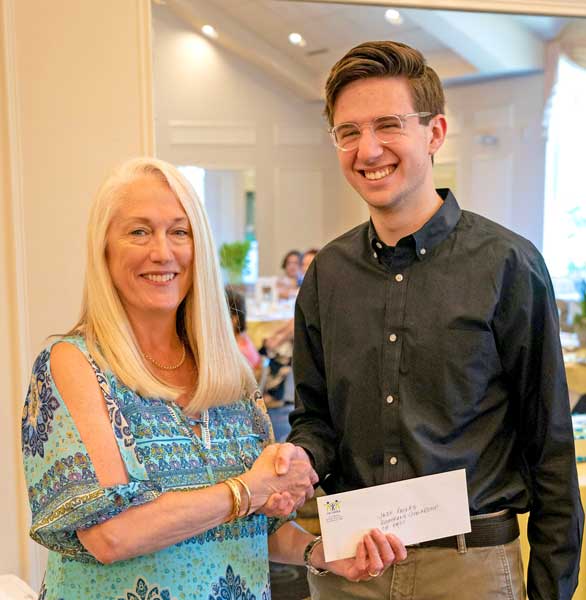 On Sunday, June 5th the CB Cares Educational Foundation celebrated its 25th year of service to the Central Bucks community with a celebration luncheon which included the presentation of awards and scholarships to deserving students.  The attendees included present and past board members, educators and community partners of CB Cares EF.

Guest speakers included Senator Steve Santarsiero and Mayor Noni West (Borough of Doylestown) who presented outgoing board president Reverend Steven McComas with special citations for the organization’s 25-year commitment to the youth and their families in Central Bucks. Both Santarsiero and West remarked about the organization’s long-standing efforts to bring youth-centric programs and valuable initiative for a healthier community. Outgoing CB Cares’ board president was recognized for his 18 years of service by executive director, Kimberly Cambra. In his remarks, Rev. McComas reminded those in attendance the timeline of impactful programs and work the organization has achieved since 1997. Specifically, CB Cares work with the “Drug Take Back” program way back when the initial campaign was “Clean Stream, Clean Streets” and there were only a couple Rx Take Back box in the region.

This past spring the organization established the Linda Felt Community Service Scholarship to honor the memory and legacy of former CB Cares’ board member Linda Felt. Annually the scholarship will be presented to a deserving senior who embodies the qualities that Linda possessed in the spirit of volunteerism and community service. The first ever Linda Felt Community Service scholarship was awarded to CB South’s Michelle Arellano, who has demonstrated not only a strong sense of volunteerism but leadership skills overseeing CB Cares Volunteer Teens since her sophomore year. Michelle received a $1,000 scholarship.

Another special recognition was the first-ever Boomerang Buddies Award. In March, sisters Rylee and Grace Decker were both nominated for the long-standing Boomerang Youth Recognition Award. While the award has always been awarded to an individual, CB Cares was inspired by these two young people and created the “Boomerang Buddies” to honor them for March’s Asset #26 Caring. The sisters were presented with personalized boomerangs and gift cards to Monkey’s Uncle retro boutique.

As CB Cares EF prepares for the next 25-year voyage, the organization will remain committed and focused on the youth and the families in Central Bucks while preserving as well as cultivating partnership with other inclusive and community-based organizations. To learn more about CB Cares Educational Foundation or to make a donation, visit CB-Cares.org.