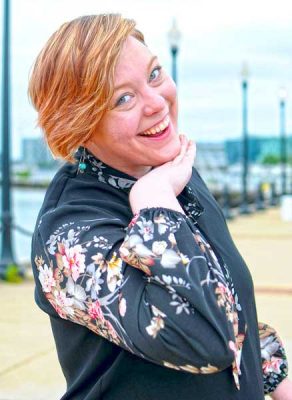 Today, Leigh uses skills and values similar to those learned in Wrightstown.

“I learned the importance of recognizing people where they are,” said Leigh. “I grew up in an area with a lot of economic diversity. I carried that with me into the financial management part of my career. When you look at someone, it’s less about where they come from and more about how they are educated about finances.”

These lessons continue to help Leigh while serving in the military. With the nation’s capital at its heart, the region encompasses more than 4,000 square miles, including the District of Columbia; the Maryland counties of Anne Arundel, Baltimore, Calvert, Carroll, Charles, Frederick, Howard, Montgomery, Prince Georges, St. Mary’s, The City of Baltimore and Bloodsworth Island; and Virginia counties of Arlington, Caroline, Fairfax, Fauquier, King George, Loudoun, Prince William, Spotsylvania, Stafford, and Westmoreland.

Serving in the Navy means Leigh is part of a team that is taking on new importance in America’s focus on rebuilding military readiness, strengthening alliances and reforming business practices in support of the National Defense Strategy.

“The Navy gives people opportunities to advance their lives,” said Leigh. “I train service members how to become financial management specialists. This is all available for free, and that’s not true as a civilian. Basically, anything that can make service members and their families lives better are available through our programs.”

With more than 90% of all trade traveling by sea, and 95% of the world’s international phone and internet traffic carried through fiber optic cables lying on the ocean floor, Navy officials continue to emphasize that the prosperity and security of the United States is directly linked to a strong and ready Navy.

Leigh and the sailors they serve with have many opportunities to achieve accomplishments during their military service.

As Leigh and other sailors continue to train and perform the missions they are tasked with, they take pride in serving their country in the United States Navy.

“Serving as a Navy government civilian offers a great opportunity to support our military members and their families,” added Leigh.