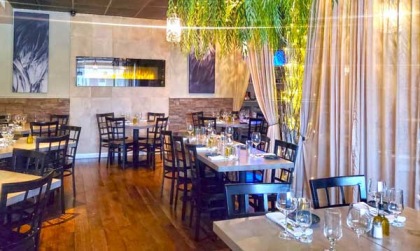 The two have been creative partners for over 30 years.

Salute has been a Morrisville destination for Italian cuisine lovers since 2015 – transplanted from Pennington, NJ, where “Avanti” operated for 21 years.

Jeshua, the new owner, has been part of the endeavor from the beginning; over three decades.

Salute will be reopening for lunches starting April 27th: Wednesday through Friday from 11:00am to 2:00pm.

Here are some of the most popular dishes at Salute:

The full menu including a party tray menu and weeknight family take-out menus can be viewed at salute-morrisville.com.