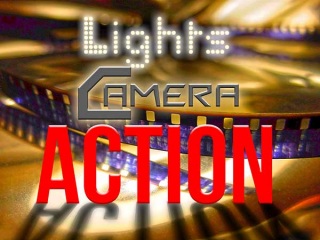 People have been filming events and excerpts from daily life for about 100 years.

In 1923, 16mm film arrived on the market and was the first film format that was intended to be used by an amateur.

Regular 8mm film became available in 1932 followed in 1965, by Eastman Kodak when they came out with Super 8mm film.

Then in the late 1970s, Betamax and VHS camcorders were introduced which gradually replaced the movie film market with video, a much cheaper way to capture the family memories.

Fewer and fewer people still have the capability to view VCR tapes and the videotapes themselves are quickly deteriorating.

With videotapes holding precious memories, it’s definitely time to transfer them to a digital format such as DVD and .MP4 files.

Using all professional equipment, if your videotape doesn’t play well in one deck they try it in several decks until they can capture the best picture.

The DVD case insert includes your custom title on the front and full color thumbnail photos of the video contents on the back, so you can immediately get an idea of what’s on your video.

All transfers to DVD include .mp4 files which you can put on a flash drive and watch and share in your devices (smart TV, computers).

You can fit your entire videotape library on a flash drive in your pocket!

Tailor Made has been transferring old home movie film (16mm, 8mm, S8mm) and videotapes since 1985.

They are a leader in the industry nationwide, servicing Camera and Photo businesses all over the country and just happen to be in your backyard!