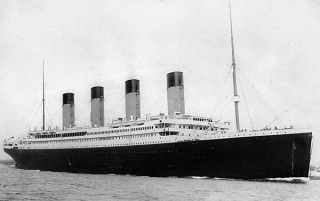 The Johnsville Centrifuge and Science Museum was founded with a goal of creating a space museum and STEM education center honoring the former Naval Air Development Center (NADC) once located in Warminster, Bucks County.

Averaging 50 patents a year, the scientists and engineers at NADC helped win the Cold War and played an important role in the U.S. space program.

The organization has recently entered an agreement with Northampton Township for access to a five-acre parcel of land at Hatboro and Bristol Roads on which to build.

A Night to Remember is a special fundraising event benefiting the organization’s capital campaign. It will feature a recreation of the last meal served on the Titanic.

In addition to a seven-course menu, there will be a champagne toast, live period music played by a quartet of some of the region’s finest musicians, and an exhibition of artifacts from the collection of renown Titanic expert Craig Sopin, who is also Secretary of the Titanic International Society.

“Commemorative events like this happen every year around the anniversary,” says museum President Michael Maguire. “We are honored to host this one. We’ve had a lot of interest from the public and Titanic aficionados who will be attending in their best period clothing.”

Maguire continued, “The technology that located the Titanic in 1985 was funded by the Office of Naval Research and based, in part, on the side scanning SONAR developed by the Navy at NADC. In a way, the Titanic’s discovery was made possible by work done in Bucks County.”

Order forms and more information can be found at: www.titanicdinner.info.

PHOTO CAP: The Johnsville Centrifuge & Science Museum will be holding a special fundraising event at Spring Mill Manor on April 9, 2022 recreating the final meal served in the first class dining room of the R.M.S. Titanic.