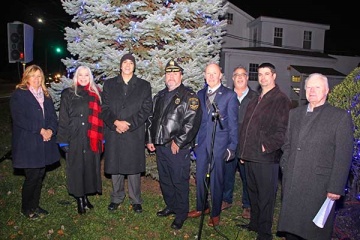 The professional organization offers monthly networking and general membership meetings with dinner and a featured speaker. The mission of the FBA is to foster and encourage growth and progress for the betterment of the community.

What makes the FBA truly unique and special is its strong community service component.

Among the major aspects of its community participation is its annual charity golf outing now just completing its 30th tournament. Since its inception it has raised more than $300,000 for charitable and communal endeavors.

A long-time participant and supporter of the Lower Southampton Township July 4th Parade and Celebration, the FBA is the lead sponsor for the community wide patriotic salute to America.

The FBA additionally singles out an outstanding Person of the Year for their service to the organization and the community-at-large. The award is presented at their annual Frolic attended by members, government representatives and invited guests.

The organization additionally conducts an annual Project Blue Light holiday tree lighting honoring the memory of fallen police officers who have made the ultimate sacrifice in the line of duty. It additionally coordinates with the American Red Cross for an annual blood drive.

The special military flag ceremonies performed at the Lower Southampton Township Building are part of an ongoing program to call the community’s attention to our military heroes serving around the world. It maintains a special military wall of honor at the township building as part of the program.

Membership in the FBA is open to anyone who resides or does business in Lower Southampton Township. For additional details and membership you can email the FBA at FeastervilleBA@gmail.com or visit them on the web at www.feastervillebusinessassociation.com.