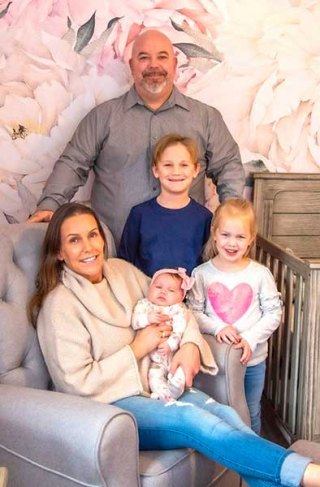 Matt Halper is a lifelong resident of Northampton Township.

He went to school at St. Bede’s and graduated from Council Rock North in 1990.

Matt became a US Marine in 1991 and served in the Marine Reserves.

Matt’s civilian job was running an ice company he started in 1992 in Philadelphia, serving ice from an ice platform on State Road.

He named it American Ice Company. In 1993, Matt discovered an old, large chimney vacuum in his friend’s father’s garage in Churchville and realized he could offer chimney services during the winter when his ice business slowed down. Matt opened a chimney company in 1994 and named it American Chimney so he could use the same phone number as American Ice Company and when people would call he would answer it by saying, “You’ve reached American, what can we do for you?” Twenty-six years later, Matt has grown to over 25,000 customers. American Chimney services the greater Philadelphia area as well as provides inspection and renovations to cell tower chimneys throughout the tri-state area for AT&T and T-Mobile, many other cell companies and many engineering firms that handle commercial chimney stacks as tall as 300 feet.

Matt’s wife, Trish, who is also a lifelong Northampton resident, went to St. Bede’s, Villa Joseph Marie, and then became a nurse. Trish and Matt have three children they are raising in Holland.  Their son, Jack, is attending St. Bede’s, now named St. Katherine Drexel. Their daughter, Ellie, will soon follow to the same school. Maddie is the newest addition!

Matt reviews every job completed by the technicians working at American Chimney and compiles a digital photo report if any issues are found, pointing them out in detail as to be easily reviewed by the homeowner.

Matt’s successful approach is to educate the customer on what conditions exist with either their fireplace chimney, heater chimney, or type of gas logs or woodstove system they have, so that the homeowner can make educated decisions on repairs or installation of a new system.