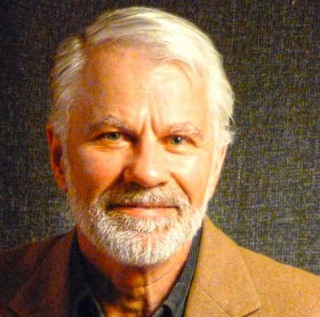 Anyone who has lived in Bucks County long enough to have observed a Range Rover driver’s apoplexy at being caught behind a farm tractor going 10 miles an hour will enjoy Alan Tongret’s darkly comic novel, “Revolt of the Moles,” which examines the dissonance its patrician characters suffer while living in an area that promised bucolic quiet and delivers mostly noise generated by ubiquitous housing developments and the new freeway.

Jenny and Sam Ashlar live at Mole End in the village of Wildrose where Sam is trying to finish his novel. Tongret, of Fallsington, describes Sam at 76 as being “…like the Tin Man without his oil can.” Sam thought his biggest problem in retirement would be discouraging the moles from “making quite so many tunnels” in his yard, but it turns out the bigger problem is the unending din created by lawn care, barking Chihuahuas, loud music, and Lectro bikes, as well as the new freeway, and the soon to-be-opened Condor Estates. Sam just doesn’t get why anyone would pay $450 a month to “lawn mercenaries.” “I’m stunned that our neighbors pay to have their lawns done. They’re missing out on fresh air and exercise.” And isn’t that why residents moved to Wildrose? The novel seems to answer yes but points out the proclivity of the privileged never to do for themselves what they can hire others to do for them.

The Ashlar’s granddaughter, Leah, is a filmmaker working on a documentary about the residents of Orchard Lane. She witnesses her grandparents’ despair as they watch the once peaceful atmosphere of Mole End eroding. “But this is your home and you and Grandma have a right to enjoy yourselves in the yard without being shat upon by leaf blowers and hammering and barking and music bad enough to make a maggot puke!” she says while filming.

Among the offbeat characters in Tongret’s story are the triplets Thais, Raffia, and Zebulon Mont Obiston. Thais is Wildrose’s mayor who acts to limit the noise levels with the town council. Po and Pru Plinkett are overly indulgent Chihuahua owners. Wanda and Silt Middlemarsh are the proprietors of Middlemarsh Manse Bed and Breakfast. Pierre and Marie Pasquin are husband and wife cellists who entertain at local barbecues. Two bachelor hillbilly operators of Tread On Us Retreads receive $200 cash slipped through their mail slot. Their assignment is mysteriously implied, “We gotta take some noisy hog rides on Orchard Lane!” Insurance tycoon Buford Whitlow is trying to “increase Wildrose’s tax base by 35%” by building Condor Estates which will only further blight Wildrose’s landscape. Buford is also a councilmember with a vested interest in developing every inch of Wildrose, a goal that probably differs greatly from his forebears. “Buford’s agency was founded by his Great-Great-Grandfather Plenteous Whitlow in his feedstore and is being kept afloat on that red river of debt like an embattled innertube – inflated with the oxygen siphoned off from Buford’s two employee’s pension fund.”

Eventually, the various factions with their various self-interests will maneuver each other into an explosive climax as they fight over whose vision of Wildrose will prevail.

“Revolt of the Moles” is published by TongretARTS.