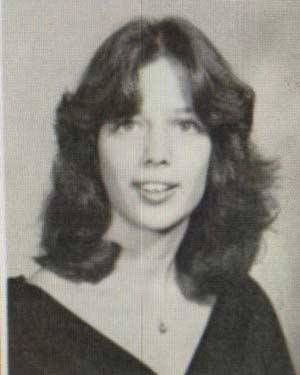 Beginning in 2002 (20 years ago), Detective Chris McMullin took a fresh look at four cases that had gone “cold” at Bensalem Police Department. A case goes cold when detectives run out of leads.

One of these cases led Chris and a handful of others to identify Philly resident Lisa Todd, a woman who was previously known only as “Bucks County’s Jane Doe” or ‘The Publicker Jane Doe’, which we reported on nearly a year ago.

You may recall my first story published last summer, where I referenced the “starfish story” (first written by Loren Eiseley), where throwing one starfish back to the sea makes all the difference to each one who makes it home, a beautiful symbol for this hardworking detective eager to find the identity of these Jane Does, stranded on the shores of the unknown.

Most recently, this past December, Detective McMullin is proud to say, “We found another starfish.”

Through Detective McMullin’s perseverance, he has brought closure in some form to all four of these cases, identifying three “Jane Does” (the name given to unidentified victims), including Jeanette Tambe, from New Jersey. This most recent starfish he has “sent home” was identified through DNA genealogy work as Merrybeth Hodgkinson, a woman who was 31 years old at the time of her disappearance and the mother of two.

Merrybeth went missing in 1992, and her remains were found in 1995, by that time no longer possessing any identifying features, which stumped detectives on her case for nearly 26 years. Now, Merrybeth can be put to rest under a headstone featuring her own name, and her family is able to be given the closure they have sought.

Merrybeth was declared deceased by a lawyer in 2006, shortly after Detective McMullin made the decision to exhume this unknown woman in 2004 in attempt to find out who she was.

Her body was originally found behind a diner in 1995 by two kids building a fort in the woods. At that time, Chris was a patrolman.

Merrybeth wouldn’t have found her identity without Detective McMullin’s dogged determination, which has come to highlight his career.

As he said to Fred Harran, (formerly director of Bensalem PD, now Bucks County Sheriff), “We could capture lightning twice.”

Indeed, they did what might seem impossible, capturing lightning twice in this case following the identification of Lisa Todd. Harran agreed to pay for DNA extractions which led to this ID, and a fellow ViDocQ Society member, Jennifer Moore (a genealogist as well as a private investigator who co-founded the firm Innovative Forensic DNA), pieced together the Hodgkinson family tree to determine who Merrybeth is.

The ViDocQ Society is a team of pro bono experts who gather their collective expertise and skillsets to help solve cold cases.

It was early on a Sunday after Chris requested help from Jennifer that she called to tell him, “Your Jane Doe’s grandparents are from Schuylkill, PA.” The next day, Jennifer had discovered the parents were from Warminster. Jennifer’s PI skills kicked in once her genealogy techniques had pieced together the family tree and she was able to single out Merrybeth.

“Something’s not right here,” Chris recalls Jennifer saying. Merrybeth was listed as deceased yet had no known employment records or obituaries.

Merrybeth worked as a dancer at Lower Bucks strip clubs, and it remains to be determined if her killer will be held accountable for what he has done, but Chris is hopeful.

There is at least one remaining brother in Warminster, who revealed to Chris in a mirror reflection of the Lisa Todd case, he had been seeking his missing sister for over two decades. The family had given up hope of learning whatever happened to her, but the hard work of this detective has finally given a family the answers they sought.

Detective Chris McMullin plans to retire this month (January) and move to a more administrative position in the Sheriff’s office with Harran.

Chris is looking forward to his semi-retirement with many plans in the works, including a budding nonprofit called Cold Case Initiative which focuses on PA’s unsolved cold cases.

“Sometimes to solve dark cases, you have to go to dark places,” he says. It’s certainly not been easy, and the work often weighs heavy on him, but Chris can rest knowing he has given names back to four very special starfish who are now able to find their identity and a proper burial rather than resting beneath a “Jane Doe” headstone.

While Chris is unsure whether they will be able to make an arrest in the Lisa Todd case, or find out who killed Merrybeth, he knows he has made a difference in finding these four identities.

If you knew Merrybeth or have information that can help toward solving this case, please contact the Bensalem Police Department at 215-633-3700, or their Anonymous Tip Line at 215-633-3660.