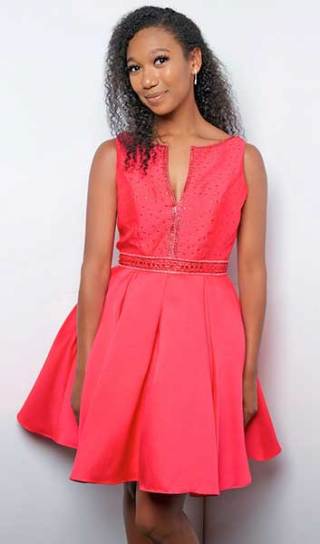 Eleven-year-old tomboy, Yvonne Burke, could never have imagined herself Miss Pennsylvania Teen USA seven years ago when a flyer came in the mail advertising for contestants in the state pageant.

Her parents were surprised that she wanted to enter a beauty pageant, and they were apprehensive too. All the three knew of pageants was from what they saw on Toddlers and Tiaras, and the show was not without controversy.

The Burkes, Doylestown residents, researched the organization that had sent the flyer and were relieved about what they found.

Girls under 13 were not allowed to wear makeup and the most heavily weighted aspect was the interview judges conducted with each contestant.

Judges would sit down to have real conversations with the girls and would have the chance to truly get to know each young lady, as well as assess how well they were able to communicate their hopes and dreams.

Today, Yvonne laughs when she thinks about those early days. “My dad also got his time to shine because his job was to walk me on and off the stage. We always joke that that was the only reason he let me keep doing pageants!”

Yvonne was hooked after that first time. “I loved getting the chance once a year to dress up and meet new friends, some of whom are my best friends to this day.”

After a few years off, Yvonne returned to competing and entered the Miss Pennsylvania Teen USA Pageant. To her delighted surprise, she won!

Volunteering had always been important to Yvonne.

She has worked with the Peace Center on their Martin Luther King Summits as a Teen Liaison and has volunteered for the past two summers at the Bucks County Opportunity Council’s Food Pantry. She is also involved with Special Olympics, volunteering as a figure skating coach.

“Skating is one of my passions,” she says, “and seeing the joy that skating brings my students is incredible! Even though we aren’t able to be in person anymore, I’m still able to coach through Zoom, doing warm-ups and stretching to make sure that my students are ready when they return to the ice.” Yvonne laughs at herself when she thinks about how old she was when she took up skating. “I didn’t start ‘til I was 11, which is basically ancient in the figure skating world. But even so, I made Team USA 1 for synchronized figure skating.”

This year, Yvonne entered Harvard University as a freshman.

After she graduates, she plans on attending medical school, and one day becoming an orthopedic surgeon.

That, she says, would combine two things she loves, sports and healing. “My brother spent most of his childhood in a hospital,” she says, “So I became obsessed with doctors. The day the pandemic closed my high school, my dad returned from his hip resurfacing, and I was able to sit in on a few doctors’ appointments he had via Zoom and that’s what got me into orthopedics.”

Yvonne was crowned Miss Pennsylvania Teen USA 2021 in July and she is enjoying it.

“Not only do I get to represent our state, but I get a huge microphone to share my message.”

Yvonne’s message formed when she noticed that her younger brother, Jonathan, who was 14 at the time, had not been invited to a single birthday party.

She started asking questions around the community and realized that people wanted to invite him but either didn’t know how or had preconceived notions about how he would react to certain situations.

Yvonne started the Kindness Project to both create and run inclusive events. “I wanted to inspire action,” she says, “so that when kids like my brother reach middle and high school, they will regularly be invited to birthday parties and hangouts.”

“My community has given a lot to me,” Yvonne says, “and I hope that in investing my time, I can help share with other people what I have received.”

To hear more about the Kindness Project or to book Yvonne for a Zoom presentation, e-mail her at misspennsylvaniateenusa2021@gmail.com and cc mpitchford@gmail.com. 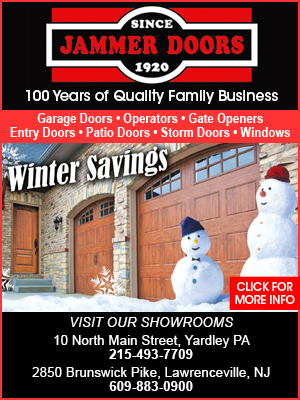