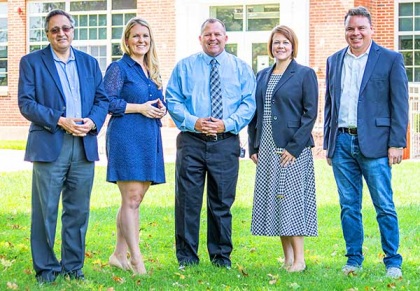 On Tuesday, November 2nd, taxpayers in Pennsbury will have the opportunity to make their voices heard on the future of our District. In a monumental election, six seats on the nine-person all-Democrat School Board will be up for re-election.

In Region 1, Republicans Victoria Czechowski and Pirooz Abir are candidates for two seats. Victoria, a 13-year resident of Yardley Borough, Girl Scout leader, and mom of two Quarry Hill students, brings 20 years of experience as an executive with Johnson & Johnson. Pirooz is an Iranian immigrant, proud citizen, and 30-year resident of Yardley. A successful entrepreneur, Pirooz has three children, all Pennsbury graduates.

In Region 3, Republicans Jennifer Spillane, Tim Watkins and Frank Cabanas are candidates for three seats. Jennifer, a 14-year resident of the District, has four children attending Edgewood and Charles Boehm. Jennifer has over 10 years of experience in education at both the collegiate and middle school levels and taught at Bucks County Community College.

Tim, a retired Sergeant Major in the U.S. Army, is a 25-year resident of Falls Township with his son and wife, a Special Education teacher. Tim supports alternative career paths after high school, such as the trades and armed forces.

Frank Cabanas, a resident of Falls Township with his wife and three children, has worked in the trades for 20 years. He wants to make our special education program best in class.

Our community deserves leadership with new ideas, who will empower the voices of parents and our community.

We will prioritize excellence in core academics, facilities for 21st century learning, and fiscal responsibility to halt tax increases. We believe in accountability of the board and administration through transparent communication. We respect parents’ fundamental role and responsibility for teaching moral values and making health decisions.

(Editor’s note: This editorial is paid for through advertising)