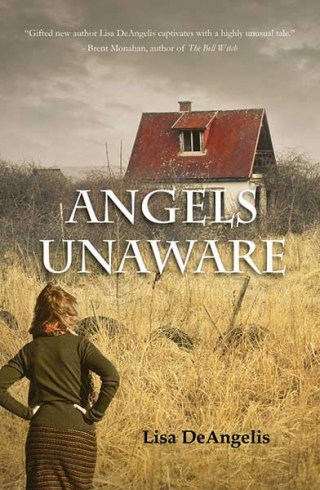 Like a fine wine, Lisa DeAngelis’ debut novel, Angels Unaware, took 40 years to mature, or reach publication. She entered a young-adult fiction contest held by Regal House Publishing, and although she didn’t win the contest, her book was chosen to be published this year.

In the first sentence, Lisa establishes the strong voice of her 11-year-old first-person narrator, Darcy Willickers, with her omniscient statement: “It was to be a strange life, though we didn’t know it then, and rich in a poor way, and sadder than we could have imagined, and happier than we would have dreamed. And I guess you could say that of every life, but we didn’t know it then.”

Angels Unaware chronicles the lives of Darcy and her quirky, sometimes irresponsible though always kind-hearted mother, Jewel, who owns the Hospitality Inn in the mining town of Galen Creek, Pennsylvania, during the Depression. A slew of guests pass through, some more unsavory than others.

Duncan, the transient art student, fathers Jewel’s second and third daughters, Jolene and Caroline. Another guest whose departure Darcy doesn’t mind is Leon, who gives her his shotgun and most importantly, his leatherbound copy of Rubaiyat of Omar Khayyam. While Darcy is too busy being a co-parent to go to school, she derives much wisdom from this book of poetry. Darcy may be wise beyond her years, but when Italian-born Luca D’Angeli and his father arrive at the Hospitality Inn, a new world opens up for her and her family.

When I asked Lisa what was the catalyst for Angels Unaware, she told me it was her first trip to Italy in 1976. Half-Italian, she fell in love with the country, and returned for several subsequent summers to visit friends she had made there. “Travel inspires me. The book has a lot to do with being a foreigner.”

Luca, who speaks five languages, is indeed a foreigner, yet he quickly immerses himself in life at Hospitality Inn as an indispensable helping hand. It is cynical Darcy who must figure out how she can accept Luca into her life. He has a “sincerity that you don’t see in more sophisticated men…sometimes your best qualities come out of your flaws.” Lisa believes Darcy is the character who shows the most growth. “As my grandmother said, ‘if you’re born round, you don’t die square.’ I don’t think the core of people changes all that much.  Hopefully they grow, [but] the core of you is there.”

The events that transpire through the course of the novel engage the reader in the characters’ sometimes unexpected interactions.  And yet, Lisa says, “I never had that much information. I never knew what the end would be until the end came.” Lisa casts herself as a vessel of her creation: “Like children who know what they want to be named, what they want to be, a book knows what it wants to be, what story it wants to tell. You just have to be willing to take dictation.”

While Angels Unaware is a coming-of-age story, Lisa purposefully set it in the time of the Depression. “I don’t like to write about modern times at all. It’s very limiting…I wasn’t alive in the 1930s, but I think it was a very interesting time to be alive because it was so severe, so brutal.  [There was] no safety net.” She’s started writing her second novel, a comedy thriller, which spans the years 1940 through 1995 and is based on a play she wrote in 1995.

Lisa has been writing since childhood, when she made her first alphabet book out of construction paper. When her daughter was a cast member of Annie at the Bucks County Playhouse, she started writing play scripts and screenplays. Two of her screenplays, The Secret City and The Inconvenience of Death and Friendship, won the award for Best Comedy at the Houston International Film Festival in 2006 and 2007.  She lives in Buckingham and writes for Times Publishing Newspapers, Inc.

For the past 16 years, Lisa has taught English to juvenile offenders ages 13 through 19.  “What strikes me the most is that all the juvenile offenders are also victims [of abuse].” She finds teaching her male students fulfilling. “It’s wonderful that they’re so young, because they can change [their lives] around.”

Angels Unaware is available at Amazon, Barnes and Noble, Regal House Publishing, and most independent bookstores. 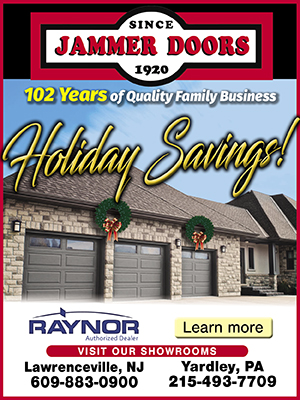