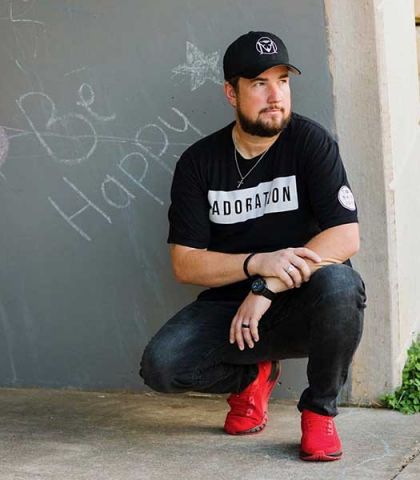 From ‘Abandoned’ to ‘Whole’; The true story that could be your own

It would be hard to imagine a tougher start in life, socially or physically. Marcus Dygert’s family was troubled. He grew up on the streets and, when abandoned by his parents at age 15, lived for a while in a storm drain. He finally ended up in foster care, where the caseworker’s prediction for his life was that he would be a “career criminal”.

Marcus also seemed fated to endure physical suffering. He was born with three kidneys. Two failed and were removed when he was five. The remaining one was failing and a source of pain from frequent kidney stones.

In 2006, a fall from a ladder fractured his spine. Two metal rods and 14 screws later Marcus was functional, but couldn’t bend far enough to tie his own shoes. His wife and daughter had to do that for him.

Then, it seems, God intervened. At a conference for healing prayer Marcus found the restriction in his back suddenly gone. He could freely bend! And the continual pain and issues from kidney stones and kidney failure were gone too!

Was this possible? He went for an evaluation and the doctor told him his back looked fine. She told him his kidneys looked fine. “Kidneys!” Was that a mistake? She checked the chart and the X-rays. Yes, his two kidneys were fine!

And this is only a fraction of Marcus’ story of what he’s seen God do for himself and for others!

Marcus will share his incredible journey of suffering and restoration at the “Lifestyle of Miracles Conference” coming at the end of this month. Join us and see if this could be a new beginning for your own life!