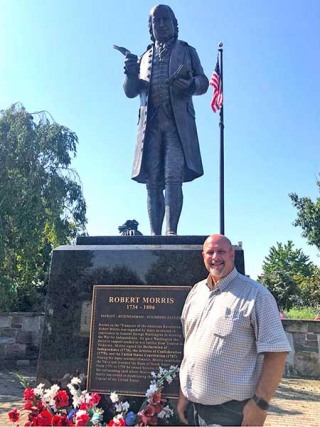 When asked “What is the Mayor’s role?” we think of public relations: promoting celebrations, community activities and events, providing constituent services on community issues, concerns, and complaints. Yet we expect our borough council members to perform these duties as well. So, how is the Mayor different?

Under PA Consolidated Statutes, Title VIII, the legislative, executive, and administrative duties of the mayor are quite specific and different from the above.

The mayor is charged legally with preserving order, enforcing borough ordinances and regulations (Council may also provide additional means), removing nuisances as well as performing other duties permitted by law. Often referred to as the chief law enforcement officer, the mayor has full charge over the police chief and police force.

The mayor has emergency power to declare a local emergency which may prohibit or require certain activities. In addition, the mayor performs marriages and administers oaths (as oaths of office to council members).

Every ordinance enacted by council must be presented to the mayor who must approve or veto.

A mayor is not by law required to attend council meetings but may attend and take part in the discussions. The mayor is elected town wide, yet they are not a member of council. Therefore, the mayor may not vote on any matter unless there is a tie (4-4) or split vote (3-3-2) that prevents the council from passing an action.

Although the public relations role is not mandated, it is very important in identifying what is important to the community.

As your mayor I will be an advocate and cheerleader for Morrisville, and I will be committed to our safety and growth. I will actively work with Council and carry out the mayor’s responsibilities in a true sense of partnership with our residents. Because we are truly better working together.