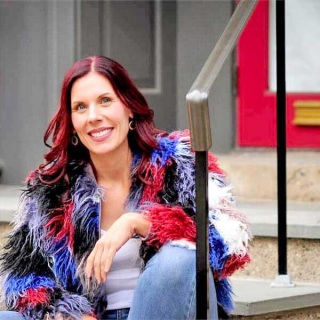 The 2021 Bucks Fever Talent Show, held on July 15th and organized by the Central Bucks Chamber of Commerce, featured some of the most accomplished talent in the area. The Chamber’s selection committee found top-notch musical talent and even a budding young poet. The show also featured several family members performing in different acts throughout the evening, proving that talent can indeed be a genetic trait.

From the moment that Emcees Evan Miles Byrne and Helen Amelsberg introduced the opening act, the audience enjoyed a top-notch show.

The show began with last year’s talent show champion, Amanda Hewitt.  Beside working on her Master’s degree at Penn State and working in property management, Amanda is blessed with a powerful voice and performed a great version of Barbara Streisand’s “Don’t Rain on My Parade.”

Regan Yates, a sophomore at Ryder College and also an accomplished dancer, followed by singing an excellent rendition of “How ‘Bout a Dance?” from the Broadway production of “Bonnie and Clyde.”

Next, guitarist Greg Oliver and his wife, Jean Cauller, performed Oliver’s original song, “Simplify,” his take on searching for the serenity of simplicity in today’s complex world. Greg recently released an album with his Bucks County musician friends entitled “For a Change.”

Hannah Byrne performed “Maybe This Time” from the play “Cabaret,” dressed in full costume. Hannah works in musical theatre and recently performed in the Christmas musical for the Gypsy Stage Company at the Quakertown Theatre.

As the main Emcee, Evan was not a contestant. He has spent the last year interning with Bucks Fever organizer Brad Sanders. The gifted 22-year-old with the strong set of pipes is headed to Ireland shortly, where he will study opera.

To open the second half of the show, Ashley Martinez sang a rendition of “The Wind Beneath My Wings” by Bette Midler as a tribute to her fiancé who passed away recently.  She left the stage in tears to a loud ovation.  She is also young poet Cheyenne Torres’ mother. Ashley always knew she wanted to compete in talent shows and placed second in the NAACP’s talent show in Philadelphia back in 2002.

Next up was Dakota Yates, a Neshaminy High School student and Regan Yates’ sister. She sang “Gimme Gimme” from the play “Thoroughly Modern Millie.” Dakota is an accomplished dancer and a huge musical theatre buff.

Faye Meyer, who teaches at the Doylestown School of Rock, performed her inspiring original song “Pretty Face,” accompanied by her friend and guitarist/songwriter, Chris Shepard. Faye will be performing at the Doylestown Arts Festival on September 11th.

The last act was Journey tribute band, Highway Run, who brought down the house with their performance of “Don’t Stop Believing.” Highway Run features Gerhard Stockel on keyboards and vocals, Andrew Bily on drums and vocals, Dave Mullen on guitar and vocals, Ron Shwoyer on bass guitar and vocals and Joe Palumbo on lead vocals. If you closed your eyes, you would have sworn Joe was Steve Perry!

That rounded out the contestants, but the Bucks Fever Talent Show would not be complete without a closing number from none other than Elvis Pretzel. Elvis started doing his impression of “The King” 20 years ago as an advertising campaign for his employer. He performed “Blue Suede Shoes,” in the process of which he walked offstage into the audience and directly serenaded excited fans.

Brad Sanders and the rest of the committee who selected the performers based off of YouTube performances and Zoom interviews did their usual outstanding job and put on a professional-level show.

The Bucks Fever arm of the Central Bucks Chamber of Commerce promotes the arts in Bucks County. Some of their signature events are the talent show, the artists’ studio tour, the Bucks Fever Film Fest and the Bucks Fever Art Exhibition and Sculpture Show.