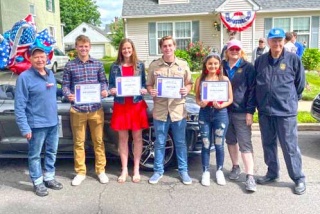 The Rotary Club has continued with zoom meetings; one with John Rumsey, who spoke on the Vietnam Veterans Memorial being constructed at the Veteran’s Park.

The unveiling will be held on the Gold Star Family Day in September.  They had their first in person meeting in over a year at the Richardson House in June.

They also presented Dolly Schaeffer with a certificate for Service Above Self for making over 1600 masks for the community.

Each year in July Rotary International has a change in leadership as does the local level. 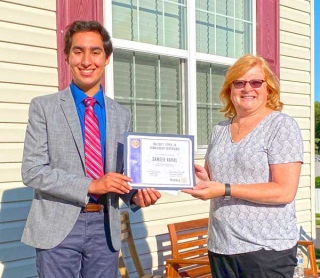 Their club’s President this year is Tracey Crouse.

They held their installation on July 15th, recognizing the past officers as well as the new.

They thanked Cyndy Diegel for her leadership in the past year as president.

The Langhorne Pet Fair and Family Fun Day is being planned and they are excited for a great Community Day.

There will be great food and wonderful vendors.

All of the following events are free of charge; the pony rides, petting zoo, exotic animal show, and the bounce house.