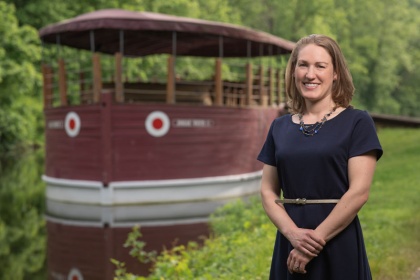 “Time and time again, Claire has proven to be a respected and talented leader during her time at the D&L. She did a remarkable job guiding the D&L team as interim executive director over the last eight months – during a pandemic nonetheless,” said Michael Drabenstott, D&LNHC Board Chair. “We have every confidence that she will build on the organization’s momentum toward connecting the D&L Trail through the Lehigh Valley gap and into Wilkes-Barre, as well as broadening our capacity to preserve and present our corridor’s industrial history.

“At the same time, we are grateful and thankful for Elissa’s leadership as executive director as we saw the D&L’s presence and impact grow dramatically from Wilkes-Barre to Bristol. Elissa has been the face and the force behind so many of the D&L’s accomplishments over her 20 years with us. She has a true and unbridled passion for the outdoors and our region’s industrial history. We know that she will continue to be a passionate voice for progress along the Delaware and Lehigh National Heritage Corridor.”

Sadler has been with the Delaware & Lehigh National Heritage Corridor since 2014, when she started as the organization’s Conservation Coordinator. Sadler previously held the roles of Director of Trails & Conservation, Deputy Director and most recently, Interim Executive Director.

In these roles, she has overseen trail development, served as the internal lead for Lehigh Valley Greenways, one of Pennsylvania’s eight conservation landscapes, and went on to provide leadership for both the Trails & Conservation department and organization as a whole.

Claire Sadler holds a degree in Environmental Studies from Dartmouth College. Prior to her work with the D&LNHC, Sadler was a Special Programs Coordinator for Delaware Highlands Conservancy and Director of Education at Fernbrook Farms Education Center, Bordentown, NJ.

In her ascent to leadership, Sadler led the brand development and launch of one of the Delaware & Lehigh National Heritage Corridor’s partnership programs, THE LINK Trail Network, and stewards the range of partners that make possible the work of the D&LNHC. Her role as Deputy Director and later Interim Executive Director, moreover, prove her deep understanding of the mission of the organization, while already providing executive leadership in hiring, onboarding, strategic planning and grant seeking. 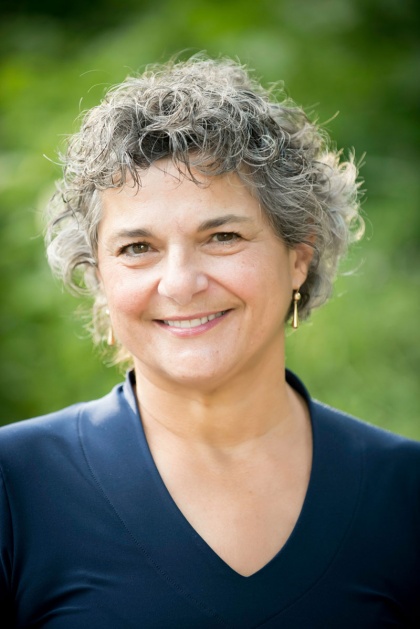 Priorities for Sadler, as she formally steps into the role of Executive Director, include restoring stability to an organization that had to exercise so much resilience in the past year. Sadler plans to focus on filling vacancies and building the leadership team to prepare for a new D&L Strategic Action Plan. With this in plan, Sadler looks forward to building on the D&LNHC’s strength of making connections and closing gaps, especially focusing on the Lehigh Valley Gap and the D&L Trail’s northern terminus in Luzerne County.

“I care deeply for the organization’s mission and team; understanding the struggles we’ve been through, I look forward to furthering team comradery and new ideas through this significant transition,” said Claire Sadler. “I am grateful to the board for trusting my abilities and for Elissa’s example of unwavering dedication to the mission.”

This announcement follows the retirement of Elissa Garofalo, who held the role for nine years. She retires after 20 years of service to the organization. During her tenure, Garofalo led the organization through a merger with the National Canal Museum and the completion of the Mansion House Bridge across the Lehigh River in Jim Thorpe, among other important D&L Trail and program connections.

Sadler assumes the role of Executive Director immediately. Garofalo, who went on medical leave in 2020, will continue to serve the D&LNHC’s board of directors in an advisory role.

The Delaware & Lehigh National Heritage Corridor is a 501(c)3 non-profit organization that preserves historic pathway that carried coal and iron from Wilkes-Barre to Philadelphia, of which the National Canal Museum is a signature program. Today, the D&L connects people to nature, culture, communities, recreation and our industrial heritage.