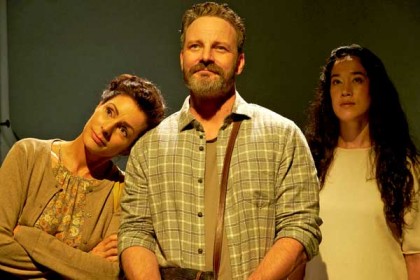 The 12th Annual New Hope Film Festival (NHFF) is excited to announce its upcoming summer event after postponing the 2021 festival due to COVID. Official selections include 111 films from 16 countries and a record 16 films with local ties. The Festival also selected 35 original scripts that will be listed in the official Program Guide.

For the first time in the organization’s history, a selection of films will be available for online viewing as an extension to the many live, in-person shows scheduled at the New Hope Arts Center. Toronto-based CineSend, a digital streaming platform provider with Hollywood studio-grade quality and encryption technology, was tapped for this important expansion of NHFF’s capabilities. Previews are available on the Festival’s Google blog and the Program Guide that lists all films, scripts and the schedule will be published online by June 15th. In keeping with the expansion vibe, a new ticketing vendor, Elevent, which is based in New York, will handle all ticket transactions and help the event’s organizers maintain control over attendance. COVID restrictions currently cap the physical venue audience size at 70% of capacity, and Festival organizers will continue to monitor COVID requirements in consultation with New Hope Mayor Larry Keller.

NHFF films are topical, thought-provoking and entertaining, making the event a joy for the growing number of intellectually curious and adventurous patrons of the arts who attend. The Festival annually announces its awards in Variety.

The Festival, touted as “this emerging ‘Sundance East’” in a June 2012 article in The Huffington Post, was founded by D. F. Whipple, an author, screenwriter, and long-time resident of the New Hope area.

The festival’s artistic standards are extremely high, yet neither budget nor name recognition is a determining factor for entry. The art must shine through and only the best works in each category of entry are selected. Organizers do not invite films into the Festival, rather a policy is in place that maintains fairness and integrity in the selection process.

New Hope has attracted and been home to many talented producers, screenwriters, actors, playwrights, and performance art enthusiasts. To learn more about New Hope Film Festival, visit newhopefilmfestival.com. Follow the festival on Google Blogger, Facebook, Twitter and Instagram for updates and news!