On the 50th anniversary of the fire which burned 65% of her body when she was four-years-old, Dr. Lise Deguire wanted to understand the traumatic event which caused her to undergo more than 50 surgeries during her childhood and adolescence.

What she found out became the impetus for her inspirational book, Flashback Girl: Lessons of Resilience From a Burn Survivor.

Her late father had written a minute-by-minute timeline of the fire, but at age 54, Lise read that Solox, which her parents had always told her was lighter fluid, was actually a household solvent.

Solox caused the explosion when her mother lit the barbecue. “That’s what sent me to the Internet, trying to find out what Solox was – a highly flammable household solvent.” When Lise saw a gruesome picture of herself, presented as Case Number One, she “was shocked.  I had no idea I was part of any Senate hearings. I had never seen that picture. It’s pretty devastating. The picture alone just stopped my heart for a minute.”

Curious about how her family had won the case against Solox, she contacted their law firm and was greeted as “the flashback girl.” The can of Solox was missing a half-cent part called a ‘flashback arrestor’ that would have prevented the fire. Lise’s case led to the landmark creation of the Consumer Product Safety Commission.

Dr. Deguire, a resident of Yardley for 23 years and a therapist in private practice in Pennington, NJ, says she has only one recollection of that fateful day in 1967. “I’m lying on a stretcher in a hospital, alone, but know that my mother, also burned, is nearby. I cry out, ‘Mommy, I’m so cold,’ which makes sense if you know anything about burn; because you don’t have skin, you are incredibly cold. I remember my mother calling back, ‘Yes, I’m cold too.’  That’s it, that’s all she said, which feels very like my mother. It was not a comforting thing to say, nor was it reassuring. It was just her calmly indicating that she was also in distress.” That one memory foreshadows the lack of maternal instinct that Kathryn Deguire would display toward Lise and her nine-year-old brother, Marc, their entire lives.

Lise writes about growing up with two narcissistic parents whom she loved for their positive traits despite their negative ones.

Her brother Marc “was the best parent I had. I learned a lot from him about being kind. He was present, attuned, and caring – I did have him as a model along with my grandfather, Pepere, my second favorite person in the world.” He’d play show songs on the piano, play waitress and stroll a baby carriage with her.

It should come as no surprise that Lise, who spent many years in therapy to heal from the wounds of her trauma as well as her parents’ disinterest and often negligence, decided to become a therapist. “Having suffered a great deal, having healed from that suffering makes me a special kind of listener for people who are also suffering. There is very little that a person in pain could tell me that I don’t on some level identify with, that I can’t get deep in my gut what they’re going through.”

“The analogy I use is that people are in a dark cave. I can come to them with a little light and show them a path through that cave, past all the traps and hidden aquifers, and out into the light again. Sometimes when you’re in that dark cave of suffering, you can’t see that light yet. You need somebody to say, ‘Look, it’s terrible now, and I’m so sorry this is happening to you and you can make it through.’”

At the end of each chapter, Lise provides a lesson, a positive message that is a takeaway from what you have just read. Her wish is “that readers will come away from this book feeling inspired and hopeful, more inclined to help other people who might be suffering.”

There is one anecdote “that could almost represent the whole book.” On her way to elementary school, Lise would walk alone, often in tears because other children would call her names since she was so disfigured.  On the way home a kind, old man would give her a bouquet from his rose garden. Lise saw herself as “being alone and in pain and without support, and yet seemingly miraculously somebody sees me and shows up in a loving way to help me. That’s a lot of how I got through circumstances that were incredibly traumatic.”

Is resilience such as Lise’s genetic or can it be acquired? “Resilience is a complex phenomenon. Some parts of it are inborn, many can be acquired. [The ability to access] good health care or psychological care helps with resilience, but there are many components that are about mindset, which can be developed and improved.”

Completing Flashback Girl has been a healing process. “When I wrote, ‘it’s impossible for anybody to really know me,’ that’s a lonely thing, to have experienced so much trauma. Having written it all down, having people read and understand it, I feel much less lonely now.”

Flashback Girl may be purchased via Amazon or Barnes & Noble. 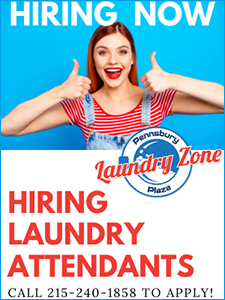