Celia Sharp, of Doylestown, has been singled out as a leader, advocate, and volunteer dedicated to social justice for women and immigrants by The Bucks County Women’s Advocacy Coalition.

They have chosen her as the winner of their prestigious Bucks County Women’s History Month Award for 2020.

According to the BCWAC, “The award is presented to a Bucks County woman who best exemplifies the social, intellectual, and creative contributions women have made to the future and quality of life for Bucks County residents.”

Celia is a native of Cali, Columbia and earned a Bachelor’s degree from Universidad del Valae in biochemistry.

She then wanted to earn a higher degree and study further in her field in the United States.

She realized her dream when she arrived in the U.S. in 1972 on a student visa to attend the National Institute of Health in Bethesda, Maryland.

She had all of four dollars in her possession.

She earned a Master’s Degree in cell biology at NIH and did cancer research.

When I asked her about her first impressions of America, Celia glowingly responded, “When I came here, I said ‘Oh my God, this is amazing.’ It is amazing to learn the language and I found so many people who were good to me here.  I found wonderful people who helped me get through school and everything I had to learn in this country.”

She added, “I felt like I belonged here. Everyone I met was so welcoming.”

She met her future husband, Mark Sharp, at NIH.

Upon graduation, he got a job offer from Merck in Pennsylvania, prompting the newly married couple to move to this area.

After moving, Celia made tremendous inroads in the field of cell biology and eventually got to head up her own laboratory for Abzena Biopharmaceutical in Bristol, PA.

She has authored more than a dozen articles in various scientific journals, such as The American Society of Cell Biology and the Journal of Cancer Research.  She also went back to school in Philadelphia and is an alumna of the University of Pennsylvania School of Medicine in Bioethics and Healthcare Policy.

As a Latino immigrant, Celia is personally concerned with the plight of both immigrants entering the country.

She has worked to combat the health disparity among immigrants in Bucks County by volunteering her skills as a medical interpreter for 20 years with the Ann Silverman Free Clinic at Doylestown Hospital.

She uses her Spanish language skills to ensure that Latino immigrants are able to navigate the healthcare system and understand medical information they are given.

She also works with the BuxMont Unitarian Universalist Fellowship Church in Warrington.

She also helped establish a scholarship for these students who later wish to attend Bucks County Community College.

The Bucks County Women’s Advocacy Coalition, in voting her the award, stated, “She speaks to STEM education; she speaks to being an immigrant who became a solid citizen; she uses her time and energy for the betterment of women and children, which matches the mission of the Coalition.”

A very humble Celia Sharp beamed appreciatively, “This is a great honor.  I am so grateful to the Bucks Women’s Coalition. I can’t believe as an immigrant, that this is real.” 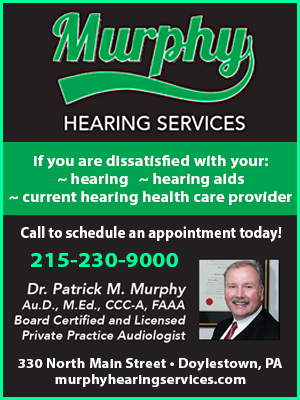