The Delaware River Joint Toll Bridge Commission has awarded a construction contract for a 500-ton salt-storage building on the Pennsylvania side of the agency’s Trenton-Morrisville (Route 1) Toll Bridge.

The new 1,750-square-foot building will rest largely on property used to provide employee parking for the Commission’s administration building and toll plaza in Morrisville.

The site sits below and to the west of the toll bridge’s elevated Route 1 southbound approach.

Construction is expected to begin in June and be completed in time for the 2020-21 winter storm season.

The structure will have a concrete floor and concrete flagstone-textured walls with translucent top panels to allow for daylight infiltration aimed at reducing electric-energy costs.

The building will have a standing-seam roof.

*Installation of new utilities (electric, sewer, water, gas, and telecommunications, including fiber optic lines) for the Morrisville location; and

*Site fencing for additional demolition and construction projects to take place later on at Commission buildings and lots at the Morrisville location.

The construction contract was awarded to Bracy Construction, Inc. of Allentown, PA for a not-to-exceed amount of $3,275,000.

The action took place at the April 27th Commission meeting, which was held at the agency’s Scudder Falls executive office building in Yardley, and via phone conferencing due to the COVID-19 pandemic.

When completed, the new salt-storage building and accompanying facilities will replace and upgrade the Morrisville location’s current winter-storm-response infrastructure, some of which dates back to the 1950s.

The current 200-ton salt-storage shed, for example, is wooden and was constructed decades ago by Commission personnel.

Due to its limited capacity, it must be refilled frequently when there are large or repeated winter storms; this exacerbates costs due to price spikes and can complicate storm-response efforts if there are supply shortages.

The impending construction project is one facet of a broader Commission initiative – the Southern Operations & Maintenance Facilities Improvements – to overhaul and repurpose the Commission’s Morrisville location while creating an entirely new maintenance facility in Middletown Township that is roughly equidistant to the agency’s new Scudder Falls (I-295) Toll Bridge and the Trenton-Morrisville Toll Bridge.

At Morrisville, the Commission’s largely mothballed administration building will be razed and replaced with a smaller structure that will house the Trenton-Morrisville Toll Bridge’s toll plaza staff and various security personnel.

Meanwhile, the location’s maintenance building and garages will be removed and replaced with a smaller building.

Parking and access to the location will be changed as the property gets reconfigured for the first time in over 65 years.

These additional buildings will be constructed under a later contract.

In Middletown Township, the Commission is already moving to construct a new support complex consisting of a 47,000-square-foot, single-story maintenance building and a 3,000-ton salt barn.

This new facility is to be constructed on a six-acre tract adjacent to railroad tracks and an electric-utility substation.

The Commission bought the property in late 2018.

Site clearing is nearly completed and the two envisioned buildings are now in the final design process. 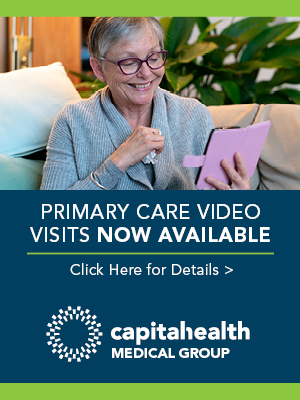